WUVT is an independent, student-run radio station broadcasting with a power of 6.5 Kilowatts on 90.7 Megahertz FM from Squires 350 to Blacksburg and the surrounding area. It aims to promote education, understanding, and diversity of music. To achieve this WUVT's programming includes diverse, eclectic and educational elements. All of WUVT's disc jockeys and most of their staff are unpaid volunteers. The station airs public service announcements twice an hour. WUVT is funded by semiannual radiothons and also offers underwriting opportunities for local businesses.

WUVT, in one form or another, has been located on the campus of Virginia Tech for nearly 70 years, making it one of the longest running radio stations in Virginia. It originally began operation as an AM station in 1948 after a student created an AM transmitter in his dorm room, though WUVT-FM itself began in 1969. Today, like other student media organizations on campus, WUVT is a division of the Educational Media Company.

WUVT is known for its eclectic music, covering a wide swath of past and present music styles. DJs are typically students (and former students), who select content based upon their personal preferences. While it rarely plays music heard on commercial stations, this is a double-edged sword, as many potential listeners may also tune out unusual and unfamiliar songs. 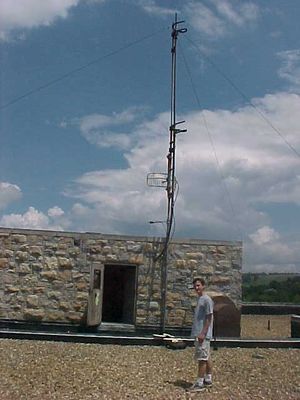 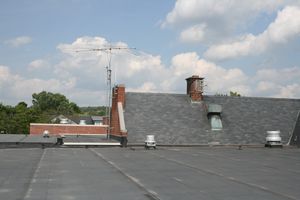 Organization of the station started in September of 1947. WUVT first went on air on April 1st, 1948. The studios were destroyed by fire in August of 1951 but the station was back on the air by late November of 1952. The station first began transmitting FM in October of 1969. At some point, operation of the station came under the umbrella of the Educational Media Company. The station broadcasted from the roof of Lee Hall from its beginnings until May 17th, 2009. The station broadcasted with a modified antenna from Squires Student Center at about 25 Watts before it finished the current tower on Price Mountain.

Former WUVT Chief Engineer Kevin Sterne was injured in the April 16, 2007 killing spree by a Virginia Tech student. After hearing about Kevin’s strong passion for the radio station and WUVT's technical difficulties during the tragedy and its aftermath, officials from Clear Channel and the Society of Broadcast Engineers assisted in returning WUVT full power on April 28. Clear Channel donated a Harris Z5CD transmitter, transmitter building, and antenna sufficient to generate 10 KW. Orban, CBS Radio, and Electronics Research, Inc. (ERI) also offered equipment and technical assistance in getting WUVT back on the air.[1]

Virginia Radio and TV website VARTV.com reported that WUVT "has requested to move its antenna off-campus to a new location a mile away from and increase the antenna height from 141 feet to 429 feet. WUVT wants to be licensed as a Class C3 (from Class A) and increase its power from 3,000 watts to 10,000 watts."

In June 2008, WUVT received authorization from the FCC to begin building a 6.5 kW transmission facility.[2] This construction permit was issued for a lower power due to a conflicting application with WEHC. Both stations filed applications for power increases which would have overlapped, so both WUVT and WEHC have compromised and re-submitted their applications at a lower power.[3]

Over summer 2009, WUVT was moving new and old equipment to the new site atop Price Mountain and had to remove their old transmitter from its location in Lee Hall. In the time between taking the old transmitter down and putting the new one up, WUVT broadcast at low power from Squires Student Center.

In September 2009, the station received permission to begin broadcasting at 6.5 kW ERP.

WUVT-FM is licensed to the Virginia Polytechnic Institute and State University and is operated by the Educational Media Company at Virginia Tech. We operate on 90.7 MHz with an effective radiated power of 6.5 kilowatts from a transmitter located on top of Price Mountain. Our studios are located in the Squires Student Center, suite 350. WUVT also operates microwave aural STL station WLJ456. Questions and comments about the operation of the station should be directed to our business office at 231-9880 or by email at wuvtamfm@vt.edu.